Sharing is Radical in British Culture

Emotional sharing is a radical thing to do in British culture!

Back in around 2010 my then therapist suggested I would benefit from group therapy, I was absolutely horrified! Internally I thought, my god, this woman thinks I’m so fucked up she can’t help me anymore and is referring me to GROUP THERAPY! My god, I would never want to air my dirty laundry in public!

I think my initial reaction is typical for someone in British. We are a culture known for the ‘stiff upper lip’ which is the complete contrary to sharing our inner most fears and our deepest emotions which often results in the trembling of our lips and complete breakdown of tears and swells of emotion in front of a group. The term ‘stiff upper lip’ was coined in the English Public Schools during the Victorian times – when corporal punishment and cold showers were in full swing.

Letting this information sink in some more, something inside of me decided that maybe I was ready for something different from 121 therapy, a deeper dive, to put myself into an experience that scared the life of me. I signed up for a workshop called ‘The Awakening.’ This was the first time I had been in a group of people who articulated their feelings in a way I had never heard before. I later found out, that a lot of people in this workshop were in recovery from alcoholism and were therefore used to sharing authentically about their feelings, because that is what happens in 12 step meetings.

I was blown away by the pleathora of feelings they would interpret. I thought, gosh, I only ever think I’m happy or I’m sad. Most of us were not raised ‘exploring’ our emotional range and giving precise words to describe our internal world. We were definitely not used to drilling down to specifics of giving feelings numbers of intensity, identifying where in our body we felt them or giving them a colour!

It felt so refreshing to hear these people let rip about what they were feeling without any regard for what anyone else thought of them, I had never before listened to this. Some people were so fierce and direct, it unnerved me at first and thought, ‘gosh, why is she here if she is so resistant to being here?’ But then I started to understand, I started to see the freedom of not caring what anyone else thought, that they were detoxing with this honesty and expanding in some way. I was wearing a mask of social conditioning of how to behave in public places, this was a space I had never experienced before.

And that’s the difference. Most people have not been in a safe space for ‘sharing’ where everyone else is listening with intent, because the information shared may have nuggets of your own struggle within them. That is where the power of sharing and being in a group surpasses the one-to-one experience of therapy or coaching. If you are willing to be generous listener (because let’s face it, there will always be the people who just want to listen to their own voice) you will see parts of yourself in many other people.

Most people are afraid of being judged by others or judge themselves so harshly that the idea of expressing themselves authentically is radical.

I think we are at a tipping point now, where emotional vulnerability is a strength. That another old saying, ‘a problem shared is a problem halved’ is so true. Because the world we live in now is exponentially different from the ‘Stiff Upper’ Lip era. We have complex internal emotional world’s and we need to express them and not feel shamed for them any longer.

It took me time to find my emotional range, because I had been numb for a long time, it was a survival tool that I needed to work on rewiring. No wonder drugs and alcohol felt so good, I finally really felt something when I was high or drunk. I always felt I needed more than others to feel something, which was probably accurate, because I had been very shut down and numb for a long time because of childhood trauma. A lot of self-hatred had built up as a result of not fully feeling. Eventually I realised I was not fully feeling.

If I hadn’t had the courage to do that first workshop, I would have missed out on so many ques to start me on my healing path. Listening to other people and thinking, wow, I’m so glad she shared that, I wouldn’t have had the courage to say that, but it has made me feel so much better to know I am not suffering alone with that small thought that has been holding me hostage for years.

When we share authentically, we all give one another permission to shine, we are all teachers for one another. This is the ‘New Way’, let our lips tremble, let our beingness feel, let our hearts open to one another in safe and trusted spaces, where judgement is left at the door, because we want a deeper experience, a more connected experience, a more profound and loving experience than what was there before.

What we used to think of as being strong is no longer strength.

It takes a great deal of strength and courage to share our emotions.

Let’s stake the claim ‘the strength in trembling lips’

Yoga does not just change the way we see things, it transforms the person 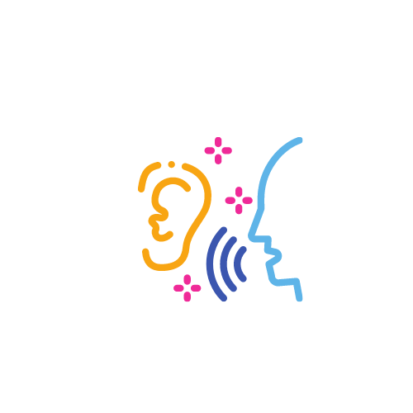 The story Penny would always tell me is, ‘we wou

I am really excited to introduce you to @ivy_sunde

Today is 4th June and this was the date Penny tran

Did you watch yesterdays interview with @marklemon

Party ⭐️ Penny! This was taken at my 18th Birt

Penny & I at a school eventing competition! Penny

Sign up to my newsletter and receive updates offers and my ‘High Vibe’ music playlist!